July 24, 2014
If the City of Joburg is willing to continue to approve such projects, may I make one small request ... PLEASE update the infrastructure to accommodate the development.  In particular, please indulge me for a moment while I indulge in some venting about my pet-hate ... the M1 - GRAYSTON OFFRAMP.

There are awesome examples (just up the road) of how a little bit of planning (and a lot of expense) can greatly improve traffic flow.  Eliminating traffic flows in different directions having to criss-cross will alleviate a significant amount of suggestion.  The Allandale, Atterbury and Lynnwood offramps on the N1 are great examples.

Does anyone know of any plans for Grayston?

The new 86 993 sqm corporate headquarters being built for Discovery in Sandton at a cost of more than R2.5 billion is believed to be the largest single commercial office building in Africa.

The eight-storey building will have two wings plus a ground floor with nine basement levels providing 5 100 parking bays. It will serve as Discovery's hub for its growing international business that now has operations in South Africa, the US, the UK, Australia and Asia-Pacific. 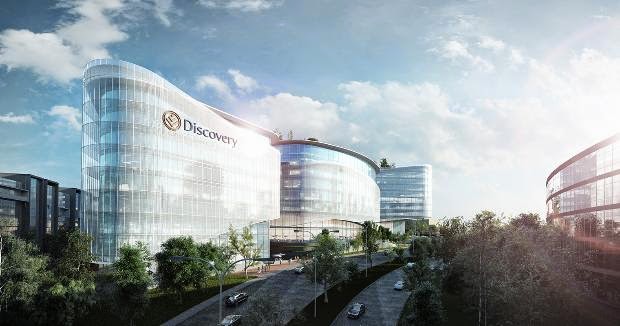 It will also bring all of Discovery's more than 5 000 employees in four buildings in Sandton under one roof.

It is being developed on a site at the corner of Catherine Drive and Rivonia Road by a joint venture between listed Growthpoint Properties and Zenprop.

James Tanneberger, the chief executive of Zenprop Property Holdings, said this week that this iconic building would be the largest single office development to take place in Africa. 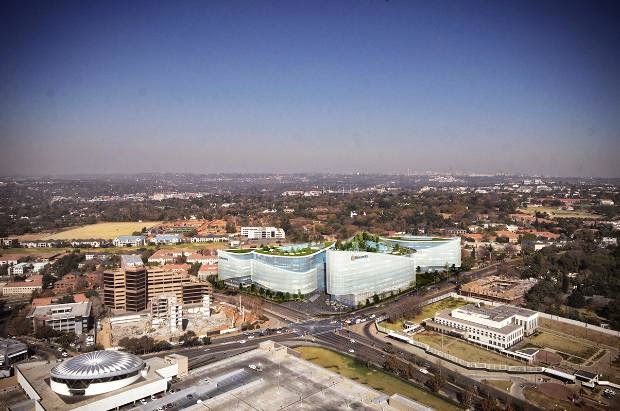 Norbert Sasse, the chief executive of Growthpoint, added that the project had been in the making for several years and it was probably the most exciting property development not only in South Africa but possibly even on the African continent in terms of its size, location and all the technology and green features they intended to introduce.

Rudolf Pienaar, the director of Growthpoint's office division, said the Discovery corporate head office building would be bigger than the new Standard Bank building in Rosebank, which was 70 000 sqm in size, and one of the most environmentally sustainable and efficient buildings in Sandton.

'It is also set to become a landmark on the Sandton skyline. Green buildings plays a key role in providing spaces in which businesses can thrive. 'For Discovery, it will create a stimulating working environment and reduce building utility costs with sustainable alternatives,' he said.

John Robertson, the group chief information officer at Discovery, said Discovery's ambition was to be the best insurance organisation in the world by 2018 and to be a powerful force for social good.

Robertson added that Discovery wanted a building that aligned with the company's values and the company also needed to deal with some pressing issues, including the fact that it was in four buildings across Sandton, which was not terribly efficient.

He believed Discovery would be out of space by the end of this year, which meant it would then be occupying five buildings.

Robertson said Discovery currently occupied about 67 000 sqm in these four buildings and the first phase of its new corporate head office would provide 87 000 sqm of office accommodation.

'Given our aspirations and the growth we are experiencing in South Africa and internationally we believe that should suffice for our needs. But as part of the negotiations we looked at a phase two, which provide another 15 000 sqm that we have an option on,' he said. 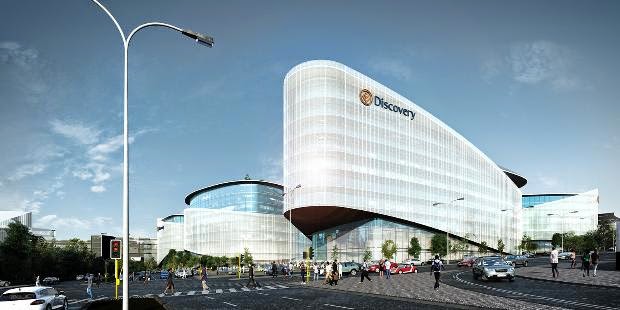 Pienaar said Growthpoint wanted to ensure the building was extremely efficient and sustainable and was targeting a fivestar Green Building Council of South Africa certification and also seriously considering getting an interiors rating for the building and for it to be the first building in South Africa with a socioeconomic rating.

Bob van Bebber from architects Boorgertman & Partners, said the green features included being within walking distance to public transport, such as the Gautrain and bus rapid transit stations, ensuring that demolitions on the site were done in a sustainable way and installing the double-glazed façade that was key from a thermal heat control and natural lighting perspective.

Van Bebber said other significant green elements included rain-water harvesting, recycling and lighting control systems to ensure that lights were only on when they were needed.


DISCLAIMER: Although my sister is employed by Discovery and I am doing a small amount of work for Growthpoint, I am in no way involved in this project and all information published here has been covered by a number of electronic and print media entities.