Showing posts from January, 2013
Show All

Next property peak 'about 5 years away'

January 31, 2013
Next property peak 'about 5 years away' Historical trends suggest that the South African property sector experiences a boom about every 10 years, with significant construction booms occurring every 20 years. The property cycle peaked in the early 1980s and the property market continues to feel the after math of the latest investment and construction boom of 2001 to 2007. Although the next peak in the market is at least another five years away, investors should see a steady improvement in market conditions during 2013 and 2014. In commercial property this will be reflected in a gradual lowering of vacancies and a rise in real rentals. Yet the timing and shape of the next upward cycle will be dictated by the performance of the macro economy, interest rate movements and the sector's ability to maintain a balance between demand and development activity. Over the past five years the market has experienced spurts of positive performance which mirrored periods of declinin
Post a Comment
Please read more ...

January 31, 2013
This is an interesting statistic.  On the surface, it would appear that it is a bad thing (economically speaking) that 85% of sellers fail to achieve their asking price.  However, I look at it slightly differently.  Normally a seller will say: "I want X amount but will accept nothing less than Y amount." I have recently been watching Million Dollar Listing NY ( DSTV Channel 117 in South Africa ), and although Reality TV is not Reality, I have yet to see a single seller (both developers and private sellers) achieve their asking price.  This encapsulates what I have experienced in practice. As I said, my perspective is slightly different and my question therefore is: "How were the unfortunate 15% suckered into paying full price? Gareth Shepperson 85 percent of properties sell below asking price The perceptions of estate agents about activity levels in the residential property market in the near future have shifted and deteriorated significantly, the latest FNB
Post a Comment
Please read more ... 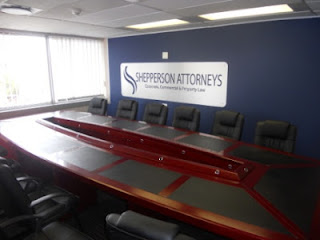 January 11, 2013
Far be it for me to contradict an esteemed property economist such as John Loos ... but I respectfully disagree. In my humble opinion, house prices are driven almost exclusively by one factor - SENTIMENT. In the boom stage, house prices were rising at up to 40% a year and speculation was rife.  In this aricle, you will see a decline in house prices (in real terms) over the last few years.  Was the land, the bricks and mortar, the fixtures, fittings, tiles and sanitaryware really worth 40% more in one year and 2% less in another year?  Was the value of his shelter any less valuable to the occupier the dwelling? No - the house prices were driven solely by market sentiment (assisted by over zealous lending by financial institutions). I would obviously make a lot of money if we could predict market sentiment but at least I can identify flags (in the terminology of Clem Sunter).  These are indications of what might happen. The flag for the decline of the SA Property Market was the
Post a Comment
Please read more ...

Schubart Park residents must register to return to their properties If you look back through my Blog posts, you will see that I have posted a number of articles and comments on Schubart Park. I have long been a proponent of housing the majority of the population closer to the city centre because the benefit of cutting out travel time and costs is logical.  My opinion was enhanced when I visited Shanghai, Foshan, Guangzhou and Hong Kong during 2011.  It is just so much more efficient. However, the damage done by Schubart Park to the perception of such high-rise housing in the minds of Tshwane residents should not be underestimated and I really hope that the management of the building will be handled better in the future.  It is totally unsustainable to continue building sprawling single storey projects further and further from the City centre. Gareth Shepperson Schubart Park residents must register to return to their properties An urgent call has been made to former Schubart Park residents who were evicted from their homes more than a year
Post a Comment
Please read more ... Whilst it is interesting in a morbid way (because it's not me) that someone can afford this amount for a house, it is also interesting to note the comments of the major SA Estate Agencies at the end of the article regarding the general state of the property industry. There are "green shoots" appearing in the American property market and because they lead the world into the worldwide property slump, I would similarly expect the USA to lead the world out of it.  I don't expect anything dramatic but hopefully a steady increase in 2013 will mean that by the start of 2014 we have experienced a significant improvement. P.S. Message to Jawitz and Lew Geffen Sothebys :- I am currently available to register the R300 million property transfer. Gareth Shepperson Camps Bay's 'R300m mansion' under offer Two offers have been made for a R300 million mansion in The Glen, Camps Bay - which, if sold, would be the highest price ever paid for a house in Cape Town
Post a Comment
Please read more ...

Is it worth keeping a home loan open?

January 07, 2013
For all your Property Questions ... including the finacial aspects of all property transactions, contact Shepperson Attorneys and we will gladly help you. Gareth Shepperson Is it worth keeping a home loan open? If your home loan is paid up or even in credit, you may still be liable for a monthly service fee. The fee will be determined by when you entered into your home loan agreement or last amended it. If your home loan agreement was entered into before the National Credit Act (NCA) came into effect, and no material changes have been made to your original agreement, the Usury Act maximum monthly fee of R5 (before VAT) applies. If it was after June 1, 2007, or if your original agreement was amended after the introduction of the NCA, you can be charged up to R50 (before VAT) a month. First National Bank (FNB) client Mr BC complained to the bank that he is being charged a monthly service fee of R5.70 on a home loan account that has been in credit for the past 10 years. P
Post a Comment
Please read more ...

Hartbeespoort Dam cleaner, set to be drawcard for tourists

January 07, 2013
On Saturday (5 January 2012), I spent the day with my family at Hartbeespoort going up the mountain on the "new" Cable Car.  The view from the top was breathtaking and I was astonished to see the city centre of Joburg from such an enormous distance away. The dam also looked great from high above BUT when we drove over the dam wall we noticed that the water was luminous green and I for one would not want to spend any time near that colour water. I think that the authorities have a long way to go still. Gareth Shepperson Hartbeespoort Dam cleaner, set to be drawcard for tourists Hartebeespoort Dam starts off this year the cleanest is has been for years, say water officials. "As Hartbeespoort Dam enters 2013 with the cleanest bill of health in years, tourists and anglers are encouraged to visit the shores of the dam again without concern over pollution or the lingering stench of dead plant material," says Gerard Smit of the Harties Metsi a Me (Harties My
Post a Comment
Please read more ...

Have your say on Pretoria CBD street closures I go into the Pretoria CBD on virtually a daily basis to attend to registrations at the Deeds Office. I therefore have personal experience of the agony of searching for a parking place.  It is infuriating when you are in a rush and can't find a parking. I applaud the City for taking the initiative to try and improve the CBD but by blocking off access and removing parking bays, I am not sure that the City's efforts will have the desired result. Gareth Shepperson Have your say on Pretoria CBD street closures The public have been given a chance to have their say on the Tshwane Metro Council's plans to restrict traffic in certain streets in Pretoria's inner city. Paul Kruger Street is one of the city streets set to become traffic free as part of Operation Reclaim. The restriction of traffic in these streets is part of the municipality's Operation Reclaim, aimed at revitalising the CBD. A notice in last week's Government Gazette said the municip
Post a Comment
Please read more ...
More posts