The office of Public Protector Thuli Madonsela has confirmed that she is probing the multimillion rand housing development in Saulsville, where millions were paid for housing units that have failed to meet building standards. 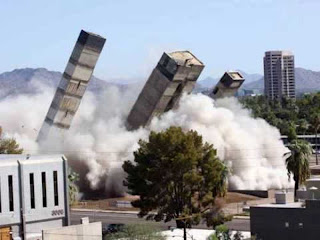 The Pretoria News reported yesterday how a budget of R85 million was spent to construct 104 units as part of efforts to eradicate hostels in the area, but they still remain unoccupied as a certificate of occupation has not been issued because of the poor condition of the housing units.

Allegations of corruption involving local councillors have also been made by residents in relation to the list of people to live in the units when they are finally ready for occupation.

According to residents, people who had not lived in the hostels before were poised to move in when the units were completed, posing a potentially volatile situation at the hostels.

Political parties have also called for the Gauteng local government and housing MEC to institute an investigation into why the units do not meet the required building standards despite such a hefty price tag.

The IFP lodged the complaint with Madonsela, particularly on the issue of the prioritisation of the current hostel dwellers as beneficiaries when the units are ready for occupation.

The protector's spokesman, Oupa Segalwe, confirmed yesterday that Madonsela had already been in contact with the municipality over the matter and was expecting more information from the complainants - the IFP.

The DA in Gauteng said it would request an official investigation into the matter. "This staggering price tag for one unit could have bought at least 12 of the 40m² free standing two-bedroomed houses being rolled out by the DA-led Midvaal municipality. Some 1 300 houses could be built with the Midvaal model from the R85m allocation, said DA spokeswoman on housing Janet Semple.

"This brazen waste of public money and disregard for the serious housing needs of the people of Tshwane must not go unpunished. Gauteng Local Government and Housing MEC Ntombi Mekgwe must investigate the inflated cost price for these houses and the failure to complete the contract to the requirements.The MEC must ensure that the contractors are not just blacklisted but also prosecuted," Semple said.

The SACP in Gauteng also slammed the non-completion of the housing units and the failure to relocate the residents currently living in the old hostels.