Businesses and other stakeholders opposed to the partial closure of a number of streets in Pretoria's inner city will this week be given an opportunity to have a say on the matter.

Member of the mayoral committee responsible for economic development and planning, Subesh Pillay, will host a workshop at the Pretoria City Hall on Thursday. 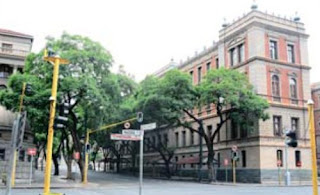 The workshop is aimed at providing further details in connection with the Tshwane Metro Council's Operation Reclaim. The project entails the closure of several streets and the relocation of a number of taxi ranks in the inner city.

The streets which are to be partially closed are Lilian Ngoyi (Van der Walt) between Pretorius and Madiba (Vermeulen); Sisulu (Prinsloo) between Madiba and Pretorius; and Helen Joseph (Church) between Du Toit and Thabo Sehume (Andries).

Final approval for the partial closure of the streets has been granted by the municipality.

Objections have been received from a number of businesses operating in the inner city.

The Tshwane Chamber of Commerce has also objected to the partial closure of the streets.

The chamber stated that the municipality needed to undertake jointly with business, an economic study and an impact assessment in order to determine all risks "that may actually and potentially impact both positively and negatively on the retail sector and other defined business in the inner city and affected precincts".

"A plan needs to be provided explaining and detailing all risks and mitigation of such risks and associated costs and time frames, including, but not limited to widening of alternative streets, alternate parking facilities and parkades, informal trade markets, taxi pick-up and drop-off points, upgrading and renovation of ageing infrastructure," said the chamber's president advocate Salim Yousuf.

DA councillor Siobhan Muller said the closure of the streets would cause "a ripple effect of gridlocking the rest of the city, forcing more traffic onto the already overloaded Skinner Street (Nana Sita)".

"This west to east transport route (Nana Sita) has been identified for the TRT (Tshwane Rapid Transit) route, hoping to remove motor vehicles from it. Instead, this ill-advised plan to close other major routes will push more traffic onto a TRT route.

"Paul Kruger Street is at capacity but will be required to still take more traffic," she said.

Muller said the closures or partial closures will impact on motor vehicles, TRT, goods transportation from west to east, "the limited transport we currently have".

Muller's colleague, Francois Bekker, said the street closures would have a far-reaching impact on the flow of traffic in a western direction via Pretorius Street, as well as traffic flow in an eastern direction via Madiba Street (Vermeulen).

"There will, of course, be other traffic flow problems as well. Yes, non-motorised transport in the inner city is a good idea. This can, however, only be a realistic idea if other supportive transport systems and facilities are in place," he said.

Bekker said "the notorious Tshwane Bus Service", for example, offered no alternative to private motorist transport in the Tshwane metro area. "The major disruption these closures will surely have on accessibility and routes linking different parts of the city with each other must be considered. My prediction is that we will only shift the problem of traffic congestion in the inner city to other parts resulting in worse traffic problems," he said.