The Sterland cinema and shopping mall complex in Arcadia is being redeveloped and expanded at a cost of R80 million by co-owners Atterbury Property Holdings and Genesis. 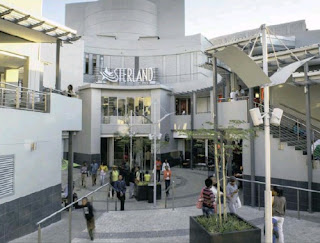 The upgrade will result in SterKinekor and Red Eagle Spur being joined by a new Planet Fitness gym, which is scheduled to open in September. The centre will also feature a new Pick n Pay, Top CD and a range of restaurants and fast food outlets, including Steers, Fishaways and Chicken Licken.

However, Atterbury Property Holdings's vision for Sterland extends beyond the mall itself, and it hopes to open a hotel and restaurants in the adjacent building, Primedia's former head office.

Gerhard van der Westhuizen, the project manager at Atterbury Property Development, said despite Sterland being one of South Africa's older malls, having been built in 1963, it remained one of the most popular destinations for moviegoers, with Ster-Kinekor achieving its second highest ticket sales in the country.

Ster-Kinekor occupies more than half the mall, offering movie-goers 11 cinemas with 2 400 seats and 3D movies.

But Van der Westhuizen said Sterland was not keeping pace with the market.

'We felt it was time to give the mall a full refurbishment to create a new wide-ranging lifestyle and entertainment offering ideally matched to its market,' he said.

Besides the investment by Atterbury and Genesis in Sterland's upgrade, Ster-Kinekor has invested R10m to revamp its cinemas - which it reopened last November - to create a state-of-the-art viewing experience.

'There are many students in the area. The Sterland refurbishment will position it perfectly for the vibrant social life in the node and increase its appeal to the many funloving people who live nearby.

'This all has a positive impact on the entire surrounding area and we foresee this project being a catalyst for even more improvement and new investment in central Pretoria.'
Van der Westhuizen added that a big part of the upgrade was embracing a more modern design that made Sterland brighter and offered a fresh, open-air environment.

He said Sterland was originally developed as an open shopping centre, but after handful of revamps it had become enclosed with a circustype tent roof.

Atterbury would be removing the roof so the centre could once again celebrate the brilliant South African climate, he said.