Investors in Pickvest’s eight syndication schemes may have to wait until December 2016 to find out if a rescue plan has been a success. That’s when apparent property billionaire Nic Georgiou and his associates have promised to repay the R4.6bn that was invested in the schemes.

In December last year, Pickvest’s investors approved a business rescue plan proposed by practitioner Hans Klopper. About 11 000 of Pickvest’s total 18 000-odd investors voted. More than 99% of those who voted were in favour of the rescue plan.

Unlike the plan proposed by Sharemax, Pickvest’s rescue does not require court approval.

In terms of the plan, all the properties that were supposed to be owned by investors will be transferred into a public company called Orthotouch. This company has three directors: Nic Georgiou, Panos Kleovoulou and Jannie Nel. It is envisaged that Klopper and corporate lawyer Connie Myburgh will also be appointed directors.

The vast majority of Orthotouch’s shares will be owned by the NAG Trust, registration number IT4469/09.

Orthotouch has undertaken to pay investors a monthly return starting at 6% per year and increasing by 25 basis points each year. At the end of five years, Orthotouch promises to repay investors their full R4.6bn.

The rescue plan is significantly less attractive than the original terms on which investors bought their shares. For example, investors in the biggest syndication, Highveld 21, which accounts for R1.3bn, were promised a return of 12.5% and a capital “guarantee”. Thus, investors may still be inclined to lay complaints against their financial advisers with the Fais Ombud.

But Klopper is also the first to admit that the rescue plan has a significant risk attached to it.

Orthotouch will only be able to pay investors their monthly income if it succeeds in its efforts to borrow money. In a letter to an investor, Klopper explains that Orthotouch was unable to make contact with financial institutions during the holiday period, and this caused a delay in the payment of interest.

Klopper says that Orthotouch needs to borrow money in order to pay investors and to improve its buildings, some of which are in dire need of an upgrade.

Such financial statements, when they are produced, should provide insight into Orthotouch’s ability to meet its promises to investors. If the company appears healthy, investors in the eight Pickvest syndication companies may have a better chance of selling their shares and redeeming their investment early. At present there are virtually no buyers for these shares at any price.

In the past, Pickvest used to assist its investors to sell shares in the second-hand market. There is no reason why this market should not resume. Elderly Pickvest investors may be willing to sell their shares for a substantial discount and let younger speculators – with more time and stronger stomachs – wait until December 2016 to see if Orthotouch can deliver on its promises.

Klopper says that a trading platform “May very well be something that could be considered”.
Posted by Gareth
Email ThisBlogThis!Share to TwitterShare to FacebookShare to Pinterest 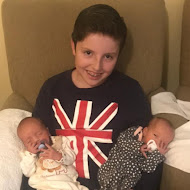