There are 30 development proposals including the redevelopment of Southern Sun Hotel.

In less than a month the landmark Southern Sun Grayston Hotel will close its doors with an application having been lodged for redevelopment of the building.

This is just one of a number of developments mushrooming in the Sandton central business district. The Gautrain station is also set to house a mixed use development to be built on top of the existing structure. It’s not yet known when construction is set to begin. 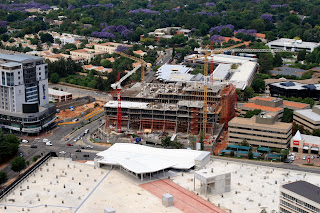 Across the road from the Gautrain, work has begun on Alexander Forbes’ new head office. Old Mutual is also planning on erecting new offices in the business hub near the Gautrain while Standard Bank is building on Alice Lane.
A newly built retail space measuring 30 000m² will be unveiled on November 12 2011 offering luxury shopping in the form of Hugo, Tag Heuer, Canterbary, Bellagio and Lecoqsportif, to mention but a few. A carbon copy of the esteemed Paul & Sharks store in Milan on Via Montenapoleone will also be opening after being designed in Italy. This is part of a R1.77bn first phase of the Sandton City shopping centre development project.
Sandton City is also upping its game with the opening of a further 69 stores on the corners of Rivonia and Sandton Drive in November 2011.  This will bring the number of stores to 360. 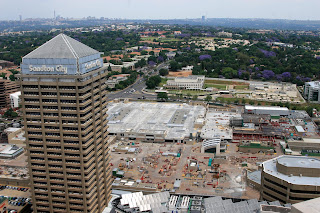 Sandton City's entire retail space will total 143 690m² on completion of this phase taking the complex, which includes the Sandton hotel and office component to 215 000m².
Not far from Sandton City, work has already begun on luxury penthouse apartments on Katherine Street.
Also in Sandton, Village Walk will be completely demolished in 2012 to make way for a mixed use development which will include a new hotel. The Balalaika will also close down. A nearby temporary taxi rank has also been earmarked for development.
These are just a few of the many developments underway. According to looklocal Sandton, “there are 30 development proposals for the Sandton business district alone, which includes new zoning and renovations”.
Some of the construction companies involved are WBHO and Tiber Projects.