March 18, 2015
Pickvest class action lawyers defend ‘opt out’ provision - Moneyweb Lawyers bringing the class action application on behalf of the 18 000-odd investors in Highveld Syndications 15 to 22, the property syndication companies promoted by Pickvest, have defended their decision to automatically include all investors in the application and require individual investors to opt out should they not want to be a part of the action. Having debated with senior legal counsel and researched class actions internationally, Theron & Partners – the lawyers bringing the application on behalf of investors – say class actions are rarely started on an opt in basis. In other words, where those concerned must actively opt into the action before their claims are included. “We understand that such an option will be more suitable where the class is not easily identifiable. In the Highveld Syndication matters, the classes are easily identifiable,” explains Marina Verdoes of Theron & Partners. All th
Post a Comment
Please read more ...

Waterfall City: On track to be a new CBD 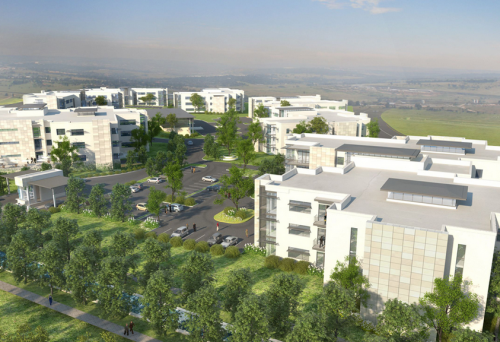 Waterfall City: On track to be a new CBD - Moneyweb Maxwell Office Park, Waterfall Attacq Limited’s Waterfall City, a 240-hectare development sandwiched between Sandton and Midrand, is on track to be “a new CBD” with more projects announced. The company has earmarked R40 million to construct a three-hectare park which will anchor the commercial and retail offering at the development called Central Park. Attacq CEO Morné Wilken, who likens the size of the park to “six rugby fields”, says the idea with Waterfall City is to create a new city. As of December 2014, the company completed 211 000 square metres of the mixed-use development’s 1.4 million remaining development bulk, which will roll out in the next two years. Of the completed buildings, Attacq has sold 38 000 square metres and held 173 000 square metres of the development. Some of the tenants which have already taken up space at Waterfall City’s completed buildings include Honda, Premier Foods, City Lodge, Westcon
Post a Comment
Please read more ...

'Traditional buildings' get a green wash

'Traditional buildings' get a green wash - Moneyweb Nearly eight years ago, green building was considered ‘the right thing to do’, but more developers and building owners now view it as an economic necessity. This is according to Nedbank’s executive head of property finance Rob Lockhart-Ross. “New buildings represent about 2% of South Africa’s building stock and existing buildings represent some 98% – clearly we have to work on existing buildings.”   New buildings are more likely to have energy efficient initiatives than existing buildings, which are mostly built to traditional standards. Brian Wilkinson, CEO of Green Building Council of South Africa (GBCSA), says a green building on average saves 25% in electricity and “if all the buildings did that [go green] we would not have an energy crisis”. Developers are starting to take stock of the benefits of going green, through retrofits such as energy efficient light fittings, investing in rain harvesting technology,
Post a Comment
Please read more ...
More posts