'Traditional buildings' get a green wash

'Traditional buildings' get a green wash - Moneyweb Nearly eight years ago, green building was considered ‘the right thing to do’, but more developers and building owners now view it as an economic necessity. This is according to Nedbank’s executive head of property finance Rob Lockhart-Ross. “New buildings represent about 2% of South Africa’s building stock and existing buildings represent some 98% – clearly we have to work on existing buildings.”   New buildings are more likely to have energy efficient initiatives than existing buildings, which are mostly built to traditional standards. Brian Wilkinson, CEO of Green Building Council of South Africa (GBCSA), says a green building on average saves 25% in electricity and “if all the buildings did that [go green] we would not have an energy crisis”. Developers are starting to take stock of the benefits of going green, through retrofits such as energy efficient light fittings, investing in rain harvesting technology,
Post a Comment
Please read more ...

Steyn City takes form to be an ‘estate like no other’ 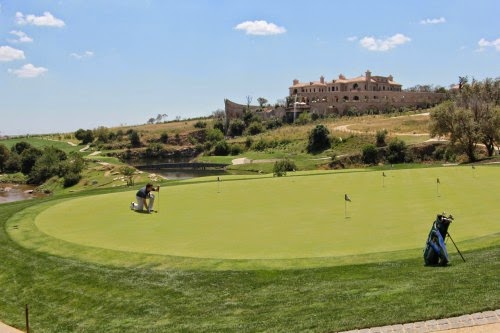 Steyn City takes form to be an ‘estate like no other’ - Moneyweb Douw Steyn’s private residence with the golf course in the foreground. Steyn City, the mega mixed-use development by insurance magnate Douw Steyn, is starting to take shape with the rise of residential units and promises of more expected to unfold. The first phase of the multi-billion rand, 2 000-acre development – nestled between Dainfern and Diepsloot – was launched to the media on Thursday. It features 93 apartments, 19 clusters with a further 45 clusters to be built off plan and to be introduced to the market from March 12. An artist impression of luxury apartments. On top of this, six homes have been completed and there are 220 freehold stands – allowing owners to build their own homes. The idea is to develop an “estate like no other” with a hospital and 50 000 square metres of commercial space in the pipeline. The commercial offering will follow the establishment of Auto & General’s head office
Post a Comment
Please read more ...